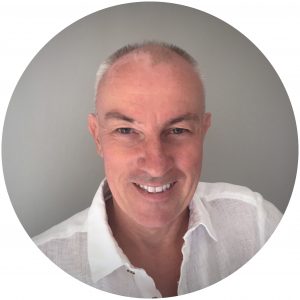 Dr. Mark Fox is an internationally respected writer and speaker who has researched and written extensively within the related fields of religion, spirituality and the paranormal. His first book, Religion, Spirituality and the Near-Death Experience (recently republished as Through the Valley of the Shadow of Death: Religion, Spirituality and the Near-Death Experience) was published in 2003 by Routledge to international acclaim. His second book, Lightforms: Spiritual Encounters with Unusual Light Phenomena, first published in 2008 and recently republished in a fully revised and updated second edition, has been described by the Fortean Times as “essential reading” for anybody interested in anomalous events “that bridge the objective and subjective worlds.” His third book, The Fifth Love: Exploring Accounts of the Extraordinary, was published by Spirit and Sage in 2013 and his fourth, Temple and Tomb: Fresh Light on John’s Gospel, was published in late 2018, also by Spirit and Sage. Cold Inn, his most recent book, published in October 2020, represents his first foray into fiction and details can be found here:

Mark has been much in demand as a speaker over a career spanning more than twenty-five years and he has given talks in a wide variety of contexts to a range of different audiences. He lectured for several years at the University of Birmingham’s School of Continuing Studies where courses he wrote and delivered – such as ‘The Quest for Meaning’, ‘After Death, What?’, and ‘The Sacred and the Psychic’ – established him as one of a very small number of academics prepared to engage seriously with claims to religious, spiritual and psychic experience. Embracing the different – yet related – fields of religion, spirituality and the paranormal, his writings and talks have in recent years held a broad popular appeal to people of all ‘faiths’ and none: whether ‘believers’, ‘sceptics’, or somewhere in between and in 2012 he was invited by the Society for Psychical Research to give the Gwen Tate Memorial Lecture in recognition of his contributions to the fields of spirituality and the paranormal. He has also appeared on BBC television and on national and local radio.

In addition, Mark has been a regular and popular guest speaker at conferences organised by the Churches Fellowship for Psychical and Spiritual Studies and the Unitarian Society for Psychical Studies. He is a Trustee of the Alister Hardy Society for the Study of Spiritual Experience and he has also lectured at Society events on numerous occasions. Renowned for his ability to combine gripping testimony with rigorous academic enquiry, Mark continues to reach wide audiences with his easy and accessible speaking and writing styles. He is currently working on a novel in which he explores many of his interests fictionally as he continues to further his ongoing quest to combine his specialist backgrounds with his long-standing interests in religious and spiritual experience. 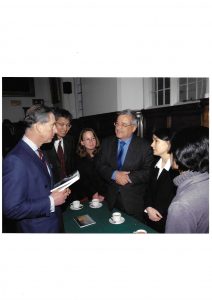