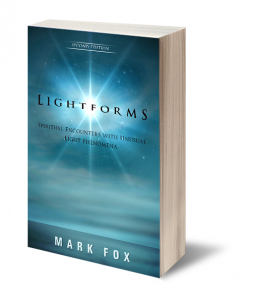 Lightforms: Spiritual Encounters with Unusual Light Phenomena is a study of unusual experiences of light based on almost four hundred unpublished testimonies collected from the archive of the Alister Hardy Religious Experience Research Centre.

With echoes within the popular fields of spiritual, religious and paranormal experience this book explores lights encountered during angelic experiences, near-death experiences, after-death communications and end-of-life experiences. But it goes beyond all of these in attempting to show that such life changing encounters with unusual lights are cross-cultural, trans-historical and widely reported in the present day.

By drawing on a wealth of vivid and previously unpublished testimonies this book demonstrates that to a remarkable degree experiences of light phenomena share a common core. Typically manifested at times of crisis and overwhelmingly benign and loving, these dramatic encounters with unusual lights almost invariably result in ‘turning points’ towards new spiritual and creative directions in the lives of those who experience them. The first edition of this book was described by Bob Rickard in the Fortean Times as “…..essential reading….for anybody interested in anomalous events that bridge the objective and subjective worlds.”

This second edition has been revised and includes a new introduction by the author.