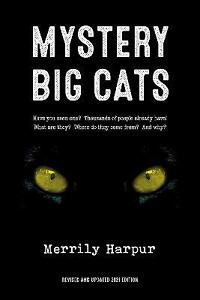 Some areas of study, almost by their very nature, are testimony-driven. Take something close to home: religious and spiritual experience, for example. Unless you’ve undergone such an experience, another person’s descriptive narrative is pretty much all you have. Hence, the RERC archive is almost exclusively made up of testimonies (I say ‘almost’, because for a brief period ‘follow up’ questionnaires were sent out to respondents too). This is so obvious that it barely needs stating. It is hard, for example, to conceive of any circumstances under which Near-Death Experiencers might return to life clutching pictorial evidence of what awaited them on the other side of that strange trip through darkness (so often intriguingly described as ‘space’, as in ‘outer space’). Indeed, every single one of the nearly 100 archival NDE accounts that I examined a while back for a study I was undertaking was composed of testimony only: a most unremarkable fact.

If we were to extend the scope of enquiry to include all anomalous experiences – thereby creating a massive research range encompassing everything from UFO encounters through to sasquatch ‘episodes’ and the like – what would we find? At first blush, we would expect an admixture of testimonies and other evidence. After all, a UFO experience might in theory be expected to be in some sense visual. Ditto an encounter with a large, hairy, terrifying quasi-hominid in the midst of the American or Canadian wilderness. And this we do find. Well, sort of. Because in these and related instances, even after decades of claims, counter-claims, and scholarly enquiry, the pictorial evidence remains very patchy and remarkably poor. Fraud abounds. Even here, it would seem, testimony-evidence remains overwhelmingly all we have.

The challenge for any researcher, then, even in our technologically advanced twenty-first century, is to develop ever more sophisticated ways of exploring and understanding good, old-fashioned, first-person narratives. As it has been, so testimony remains: our primary data source for examining a large range of experiences both exclusively spiritual and generally anomalous.

And herein hangs a tale: one wonderfully exemplified by Merrily Harpur’s Mystery Big Cats, recently reissued, revised and updated for a 2021 edition. As Harpur acknowledges early on, UK reports of encounters with anomalous big cats – variously described as pumas, leopards, lynxes; even lions – abound. For the years 2001 and 2002, for example, the estimated upper total was a staggering 4,500 and accounts continue to flood in at an incredible rate, a fact amply reflected in the very large number of testimony-extracts presented in her engaging book, of which the following – more recent – specimen is representative: ‘I saw it, I saw it really clearly – it’s just gone off slowly to the left. It just sloped, it didn’t scuttle – it just very confidently walked across the road and disappeared into the woods. I should point out I never knew the stories of a big black cat here. I’m all excited now!’

Merrily Harpur’s book drew me in completely: in part because it was so wonderfully structured. She starts off by presenting a wealth of accounts from the length and breadth of Britain and very soon the suspicion dawns: we are being ‘stalked’ by big cats. The descriptions are so clear, so vivid: the shape of the faces, the sheen of the coats, the remarkable markings, the eyes that glare and shine; even the hisses and growls. But about half way through, another realisation dawns. We’re not being stalked; we’re being, for want of a better word, haunted.

To be fair, Harpur doesn’t exactly use this word, but more on that in a moment. For now, let’s return to the question of data. The fact that so many close-up encounters with big cats have been reported for decades might naturally lead to the supposition that there are a great many detailed photographs to accompany the reports: particularly in the present digital age when we all walk around with HD camera phones on our persons at all times. Yet, remarkably, this supposition turns out to be incorrect. To the contrary, as Harpur shows, the photographs are generally indeterminate as regards species, and the videos generally reveal ‘insufficient or anomalous detail.’ As if this wasn’t problematic enough, other data-anomalies abound. The cats cannot be caught or killed in conventional ways. Traps remain unsprung (or, in one delightful example, sprung by the trappers who, themselves, require subsequent rescue). Descriptions – of which we have very many – very often do not match up to actual known species. In fact, as Harpur asserts, only a minority of reports exactly match known species of big cats. Although she doesn’t refer to T.S Kuhn, she might have done: the significant anomalies stack up ever higher until the old ‘actual big cat’ paradigm collapses. Her genius lies in the way she presents her evidence until this truth gradually dawns before becoming inescapable.

What, then, of the new paradigm? An alternative way of accounting for this mass of data in a way that makes sense of it? A significant clue comes on page 130 where she quotes another ‘big cat’ investigator Mark Fraser whose long-running investigations led him to comment that: ‘I sometimes smell a rat; I get the impression that they are playing with us…I occasionally feel I’m being teased…’ Proceeding along similar lines, Harpur devotes the second half of the book to a consideration of where such a recognition might lead and to the development of the thesis that these cats are in fact species of modern daimons, forming a bridge between the visible and invisible worlds. In their ‘this worldly’ aspect, they can interact fully with their physical surroundings: leaving paw prints, visibly displacing the long grasses through which they move; even, on occasion, leaving scratch and bite-marks on terrified witnesses. But, Janus-like, they inhabit another world too: hence they appear and disappear at will and seem oddly elusive when the question of actual, replicable, ‘hard’ evidence arises. For all the alleged sightings of live big cats, Harpur asserts, there never seem to be any reliable reports of corpses being found. And, as already noted, the traps remain consistently unsprung; every attempt to actually catch them proving, ultimately, catless.

I enjoyed Mystery Big Cats very much and warmly recommend it. The author’s conclusions might not be to everybody’s tastes but the wealth of invariably fascinating testimony-material is worth the price of admission alone.